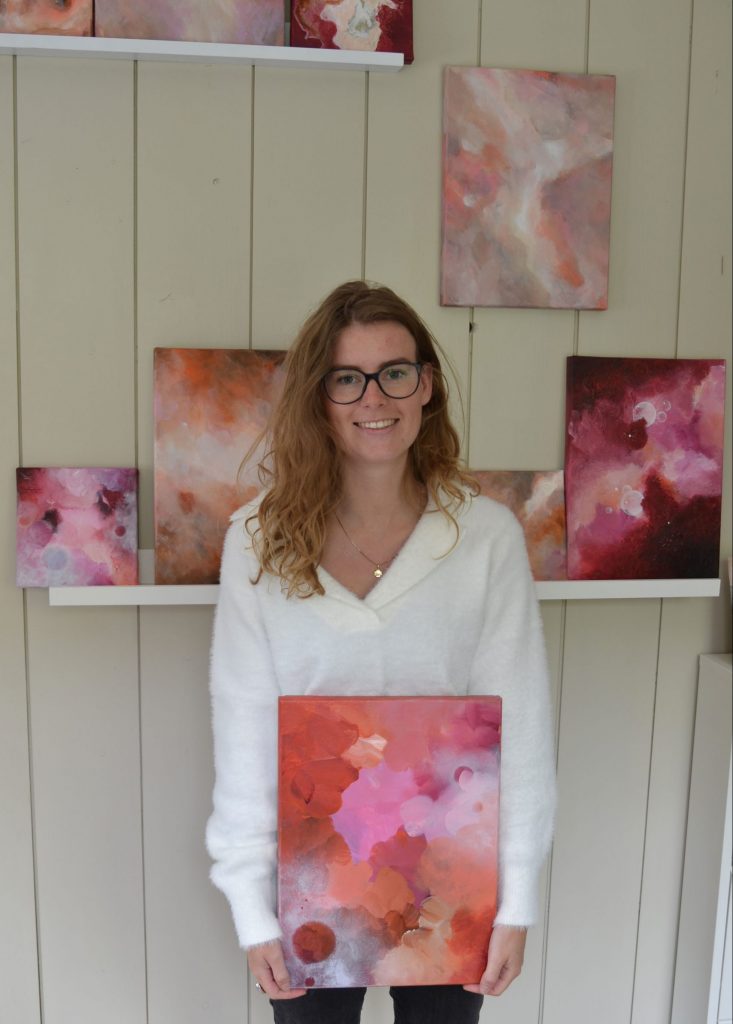 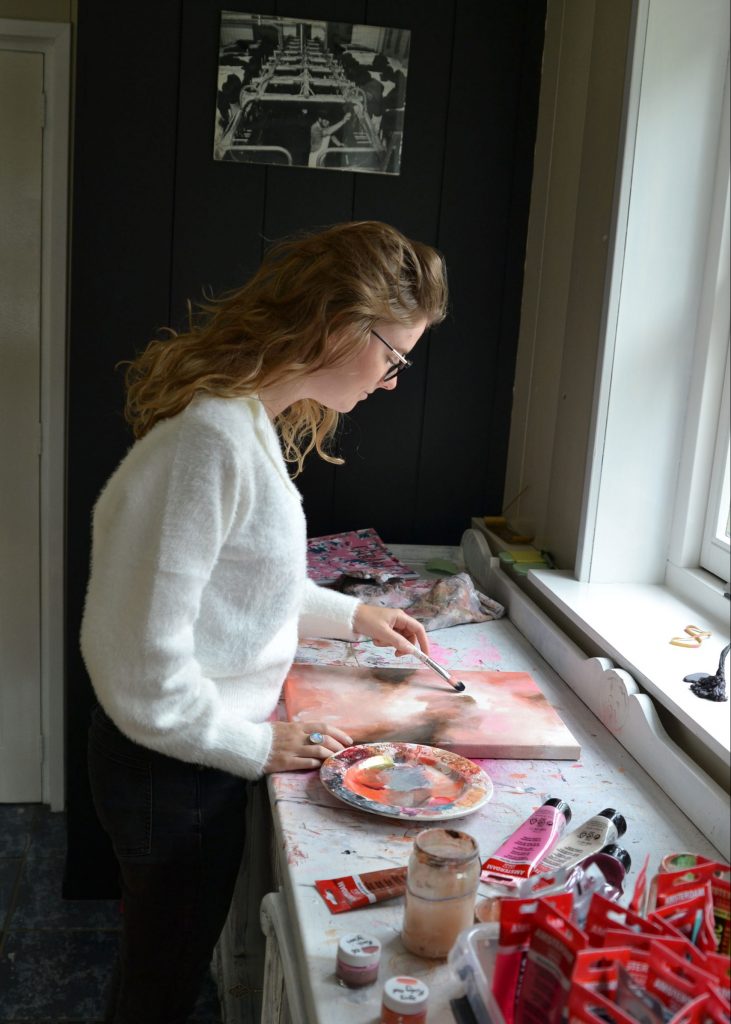 Wendy has been creative her whole life and thinks creation is one of the most beautiful things you can do with life. After she graduated as a Graphic Designer, she deeply felt that she wanted to express herself freely as an artist. However, she never took that seriously.

In May 2019, MS was diagnosed. It became clear why she often has to stop where someone else can go on. That brought a lot of peace with herself, but she also realized that she wanted to pursue her long-cherished dream; Making the world a bit more beautiful with her art. This gives her guidance and energy.

Wendy is inspired by everything that is below and above the surface of the earth and her philosophical view of life. In addition, she also hopes to make the world a bit more beautiful through her paintings. It’s like non-verbal communication in where the viewer can get his own message out, small or large.